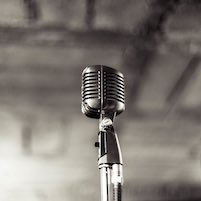 Want to make an online Girlgroup?

Lately I've been mostly working on my own songs, but an idea (& a suggestion from a someone) popped up into my head. What if I start an online band with some people?
I always secretly wanted to be in a gg, but what if I start my own?
So, I decided to at least try and find members!

Anyone who would want to join an online girl group let me know!
It doesn't matter where you live, since it's an online band. (Even though it would be cool if we could someday meet up)
I'm looking for members who are at least 20 years old. (I'm 24) And who'd like to sing and dance!
You can send me a clip of you singing and dancing to gondaahtje@hotmail.com
(Like an audition)

The girl-group wil do mostly pop. We will also sing and dance, so it would be handy if you have a little bit or rhythm.
Also, it's really a freelance project. Which means that we won't be making money from this (at least not in the beginning.)

Ps. If we would ever had to do original songs, then it would be handy to have a producer. So if someone, who had just started their career is interested, you can also react to the ad!

Drummer looking for Band of any style

Hi I'm Benjamin, I just moved to Amsterdam to study at the United pop school (sound engineering). I am looking for mates to form a band, or I would like to join an existing band. I play drums as main instrument but also bass and guitar. I don't have.. read more »

Drummer in Amsterdam looking for an indie rock/pop rock band

Hi, my name is Mauri and I play drums. I'm a student living in Amsterdam, I recently moved in. I miss playing drums, and Amsterdam looks like a perfect city for finding new rockmates. I like to play indie rock, pop punk, punk rock and some hard rock.. read more »

Hi, We are alternative indie band around The Hague. We need motivated drummer or DJ who can practice once per week at least. We have been preparing our music now, 3 songs almost done and have lots of ideas yet. If you have interesting please contact.. read more »

Bass player looking for a band

Hoi people! Im a 26 years old PhD student at TU Delft and a bass player (not super professional). I was playing in a metal band during my bachelor years and I think now it's time for me to return! Im looking for a band who wants to play thrash/.. read more »