Looking for a drummer, guitarist, and bassist in the Joliet, Plainfield,Minooka area or anywhere car short distance to start a grunge/punk/metal band. Planning to play in venues and events. If you are interested, you can contact me via email at arisxs57457@gmail.com 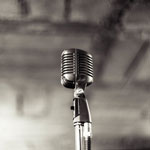 Looking for an open minded, male drummer/percussionist, under 40, interested in playing an original blend of indie, americana/folk, tribal, rock. Someone who can rock a kit, is also open to playing hand drums, etc. Someone who is reliable, not spread.. read more »

Need drummer and guitarists in Joliet

It's a thrash metal and groovy metal band from Joliet Illinois. It's a teen band from +17 and up. Gotta bring ur own equipment . If intrested, message me through here, or email me with a video of u playing with your instrument Contact stejskalchase.. read more »

Looking for drummer to do classic rock covers (Beatles, Tom Petty, CCR, Fleetwood Mac, Allmam Bros., Santana, etc. We have about 30 or 40 songs so far and we practice once a week on Sundays in Homewood right off I- 80. Drum kit is all ready and.. read more »

Libitinarius is looking for a drummer

I need a drummer. Someone who is very skillful with blast beat, precisely with the legs. Another very important thing is that he or she doesn't like songs about love and not going emotionally easy. Precisely it is prohibited to be a drama queen. I.. read more »